It all started with one little sentence..

“Here I am at my most vulnerable state inviting you to be a part of the journey.”

and in the blink of an eye 364 days have passed.

I don’t know whether to ecstatically jump for joy or cry my eyes out.

This has been such a beautiful and significant journey. There have been many ups and downs; moments of utter confidence and moments of discouragement and defeat; but I would do it ALL over again if I could.

I have learned so much about myself, you all, life  & God in this little ol’ journey this year.

In honor of my BLOGAVERSARY Im sharing TWO things with y’all today.

Here are my top five lessons this year:

1. The risks placed in your heart are ALWAYS worth taking

Even if things don’t go as planned, even if you’re scared senseless, even if other’s don’t get it…. If God has placed it in your heart, DO IT.

It’s Always worth it.

Starting OGR was scary because I hated sharing what I thought/wrote with other people. I feared that people wouldn’t understand or like what I had to say.  So naturally the first couple of months I found myself so hung up on my stats, comments, shares etc. This made me antsy and added this extra pressure to be “perfect” and have it all together.

I was focusing way too much on the way in which other’s would react to my posts instead of writing for an Audience of ONE.

I was redirected and reminded of why I  started blogging in the first place. 1.Because God had placed this little (big) dream in my heart and 2.For myself and how I’d grow from the experience.

And so blogging because less about the numbers and more about bringing Glory to Him whom deserves it ALL.

I don’t mean that I dont write for you all, because frankly sometimes I do, that just happens. What I mean is that in reality I’m writing about Him and for Him and so instead of being hung up on how you all might take what I say, I’m more concerned with what He thinks about what I say, do, write, am.

I have made soooooooo many blogging mistakes in the past year. I’ve been inconsistent in some months and have waited until Monday mornings to write posts, I have refused to have a niche, although that sort of happened on it’s own and I have published uneditted posts. But I’ve learned along the way.

My mistakes have only made me a better blogger. They’ve allowed me to pinpoint and address what needs fine tunning, not only in “blogging world” but in real life as well.

4. Listen, Be in tune, measure your peace. Embrace Redirection.

Oh how I’ve learned to listen this past year.

There were MANY moments where I would spend so much time writing a post and come Sunday night realize that it’s NOT time for the specific post to be shared and that God is leading me down another direction. Yes, this has been stressful at times but I realized that those posts that I felt I needed to hold off on would pop back up at the PERFECT moment in my life ( and maybe some of y’alls too).

It became a little checking game (just like using spell check) to measure my level of peace before putting up a specific post.

Redirection happens. And although frustrating at the time, at the end you’ll be thankful.

5. Give Grace, always give grace.

Sometimes nothing is working like I want it to.

Sometimes I have writer’s block or I don’t feel as connected.

And in those times I’ve learned to sit back and give myself grace because I’m a little too harsh on myself AND because He has.

I hope that these last 364 days with OfGraceAndRoses have been as amazing for you all as it has been for me. I pray that you may have seen and felt His presence through my words and that you know that you are constantly in my heart and prayers.

You have helped make this experience so WORTH IT for me and have been a huge part of all the growth that this year and this blog have brought me.

I’d love to hear the ways in which OGR has been a blessing to you in this past year or which particular post has stood out to you. Send a message, leave a comment, let me know 🙂

Let me know your thoughts 🙂

View all posts by Emily

This site uses Akismet to reduce spam. Learn how your comment data is processed. 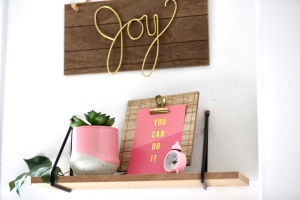 You’ve been welcomed into a community, one that longs to cheer you on, pray for you and walk with you through the highs and lows of everyday life.

Welcome to a Safe Space!

So happy to have you aboard.